ARE YOU PAYING YOUR NANNY ENOUGH? 2014 NANNY SALARY AND BENEFITS SURVEY

The INA has just released the results of their 2014 Nanny Salary and Benefits Survey. Are you paying your nanny enough?. 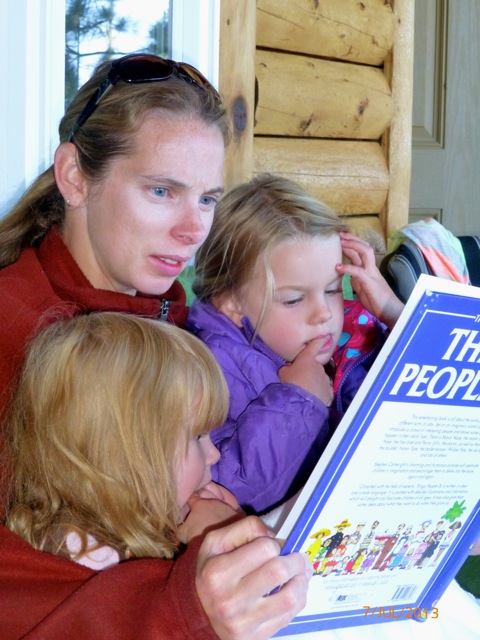 Am I paying my nanny appropriately? To answer this question, the International Nanny Association has released the results of their 2014 Nanny Salary and Benefits survey, done in conjunction with Survey Design & Analysis, a professional research firm.

The purpose of this annual survey is to collect data on the state of the nanny industry, to see if the profession is keeping up with the economic gains in the US. A new twist is that for the first time, the survey included international data, especially from Australia. Australian salaries are a bit higher than the US. One online source,  quoted $15-$25 per hour or an average of $20 for an Australian nanny. Some of the new questions this year were designed to determine how additional training and experience affects salaries.

Comparisons were made back to the 2012 INA Nanny Salary and Benefits survey to highlight trends.

Only 8% of responders were live-in nannies, a trend we have definitely seen in Arizona, where live-in nanny placements have become increasingly rare. Also not surprisingly, 85% of respondents have some college education, and three fourths work full-time. The percent of full-time nannies is up 7% since 2012. Happily, 67% have a written work agreement in place, but this number goes up to 80% if they were placed by a ‘brick and mortar’ agency like Caring Nannies. Caring Nannies sees a written working agreement essential for long term satisfaction and longevity in the nanny/family relationship. However, only half of the respondents reported that what they’re actually doing on a daily basis matches their written list of duties.

Reporters included 38% who described themselves as nanny/house managers. 72% have more than 5 years of experience in the profession.

Where are nannies finding their jobs?

39% got their current job through brick and mortar nanny referral agencies, and 34% online, a 10% increase from 2012.

The INA tells us that “Survey Design and Analysis’ concluded that improved economic conditions are evident in the nanny industry; with higher hourly rate, more bonuses, more full time work.” So, most families are paying their nanny appropriately, according to the survey.

They see technology changing the industry via greater use of online classes, online job postings, and more families paying their nanny via payroll services. Education level and experience of nannies and most aspects of the nanny job have stayed constant since 2011.
See the complete survey at  2014_INA_Salary and Benefits Survey.

How Does Your Nanny Salary and Benefits Package Compare With The National Average?

Using a National Survey with 817 responders, the INA compiled its annual survey of nanny pay and benefit packages.

This is a good time for our families to compare their nanny salary and benefits package to the national average.

6 EASY WAYS TO CELEBRATE YOUR NANNY DURING NANNY APPRECIATION WEEK

In our uncertain economy, many  of us feel it is a sacrifice just to have in-home help and the thought of  gifting our nanny seems out of reach. However showing appreciation need not be pricey. My most memorable gifts were homemade or showed that someone had put some thought into me, and noticed what I liked. So observe your nanny, see what she values, and involve the whole family.

1. PRAISE HER IN FRONT OF FAMILY AND FRIENDS Let your nanny hear you brag about her while you’re talking to others. She may blush or say something back, but secretely she’s feeling pround that you’re happy with her.

2. GIVE HER A SUPRISE DAY OR HALF OFF. If you can work from home one afternoon or secretly arrange for someone to watch your children, surprise her by giving her a few hours off, and perhaps top it off with a certificate for a pedicure, a massage, a movie ticket or resturant.

3. MAKE A SPECIAL DINNER FOR HER Find out what she likes and have the family prepare a homemade meal or take her out for dinner with the familly.

4. LEAVE SURPRISE STICKY NOTES IN UNEXPECTED PLACES Try leaving notes in odd places, like inside the microwave, the refrigerator or even on toilet paper. A good example would be to put one on a light switch that says, “You brighten up our home.”

5. TELL HER HOW MUCH YOU NEED HER Let her know your family just wouldn’t be complete if you didn’t have her. Tell her how much you appreciate how she loves and nurtures your children.

6. WRITE A SILLY SONG ABOUT HER make up a silly song or poem and video-record it or sing/read it in person.

Each year, families across the country unlawfully categorize their employee by providing a Form 1099 (Form 1099 is used to report money paid to an independent contractor). The IRS has ruled that household workers are employees of the family for whom they work; attempting to classify them as an independent contractor by giving them a Form 1099 is considered tax evasion and does not absolve them of their household employer tax and legal obligations.
Of all the errors we see, this one is at the top of the list. The confusion stems from the IRS 20-point test to determine worker status. Many of the questions are ambiguous and/or subjective. Worse, a worker may appear to be an independent contractor on some of the questions and an employee on others. Which answers are right?
If even one of the 20 answers points toward employee, she’s an employee. To save you the hassle of the test, the IRS has ruled definitively that household workers should be classified as employees. Therefore, the family must handle all household employer tax and labor law obligations. Tax breaks make it cheaper than you’d think and if you use our recommended nanny tax provider, it is effortless.
Note: The IRS views worker misclassification as tax evasion and recently announced a major expansion of auditors to augment their enforcement efforts in this particular area. As further warning, the household employment industry was cited as one of the primary targets.

Get new job posts delivered to your email!